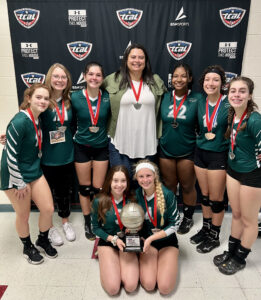 Another successful Wildcats Varsity Volleyball season has come to an end! Woods High School did not compete in 2020, due to COVID-19 restrictions, so this season was even more special. The last time the Wildcats were in action was at the 2019 TCAL State Championship game where we fought a tough match against Seguin Lifegate only to come up a bit short. This season we had six seniors and two juniors on the roster, but it still felt like we had a “young” team. Most of the returning players either weren’t on varsity before or had very little court experience in varsity games.

In August we started out strong during our annual sports camps. We worked hard those two weeks and felt like we were in a good place. We lost one of . our seniors the second game of the season due to a knee injury. We had to rally and figure out how to play as a completely different team and that took some time. We lost some hard games and fought through a lot of frustration. We had a busy district schedule that started the first day of school, so we had to learn fast. We moved players to different positions and asked everyone to step up and play smarter and better.

The first half of District play was tough. We took a lot of teams to five sets but couldn’t finish games. Then things started to change. After our second loss to Banff, we saw a drastic change in our level of play. We ended up going on a 10-game winning streak. We earned some huge wins during that time, including beating the undefeated top seed, Angleton Christian. We took that momentum with us into the State Tournament. In our first game, we faced off against Bryan’s Talitha Koum, a tough team we played at the end of our regular season and took five sets to top. We knew what to expect from them and played some of our very best volleyball and finished them in three sets. That set up a district showdown in the Semi-Finals versus Humble Christian. We were nervous and played tight the first two sets and found ourselves in a 0-2 hole. We never gave up hope and fought to win three sets in a row to earn our spot in the 2A State Championship.

In the State Championship game, we played Lighthouse Homeschool from Port Arthur, Texas on Saturday October 30th. The atmosphere was amazing. We had an incredible amount of support from our families and students that were able to make the trip and even some of our fellow district opponents. Every set was close and hard fought. We went to five sets and lost 23-25, 25-21, 20-25, 26-24, and 13-15. The game lasted over two hours and our team gave it everything they had. I could not be more proud of how far this team went this season. They could have used numerous excuses to not push and play hard, but they never gave up. We went from being a fourth place District team with a 3-4 record at one point, to the TCAL 2A State Runner-Ups. I have never coached a team that has fought this hard, and they deserve all the praise we can give them. We ended the season with a 16-10 record, seven All District Selections, four All State Selections, and two 2A All State Tournament selections.

This was a season to remember for so many reasons, and we will miss this group of seniors very much. They leave an incredible legacy behind for our volleyball program and we can’t thank them enough for all they have done. I am looking forward to next season and I am excited to see how our younger players will step up and continue our tradition of working hard and pushing themselves to be the best they can be. Thank you, Class of 2022, for your dedication and we wish you all the best in the future! Go Wildcats! 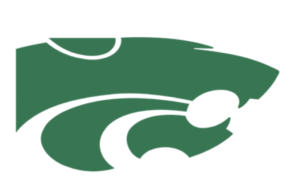